Email ThisBlogThis!Share to TwitterShare to FacebookShare to Pinterest
Labels: Kawasaki 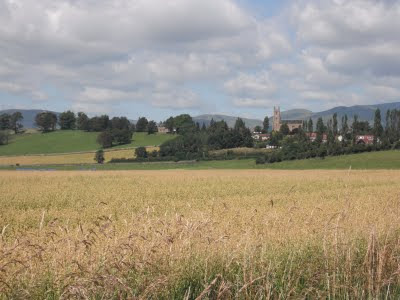 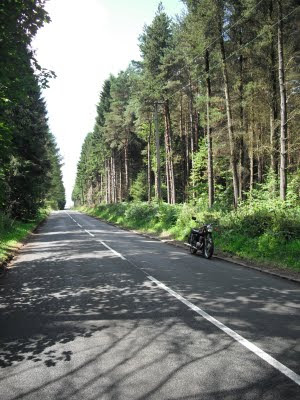 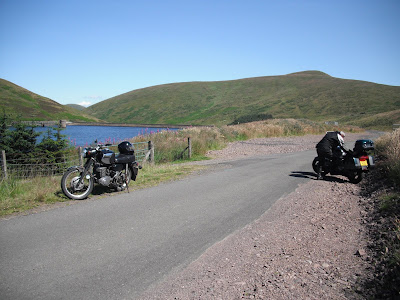 Last Sunday my mate Ronnie and myself headed off for a run on the bikes in the general direction of Glendevon, just south of the famous Gleneagles golf course. I say general direction because we picked as many of the wee back roads to travel there as possible, life in the slow lane and no other traffic dictating the pace!
Half way up the Glen there is a turning for the Frandy Fishery, an upland reservoir about 3mls from the main road. It just so happens there's a fishing hut there where you can usually get a warm cuppa during the season.
So after a not so quick cuppa and a blether we headed of in the direction of Stirling, travelling along the Hillfoots. so called because it follows the base of the Ochil Hills, strangely enough. All went well till about 7 miles from home, then the wee MZ cut out.... yes they do run better with fuel in them and better not to run with the fuel tap in the reserve position.... other than that it was a good wee run. 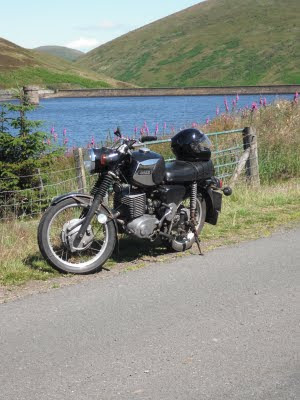 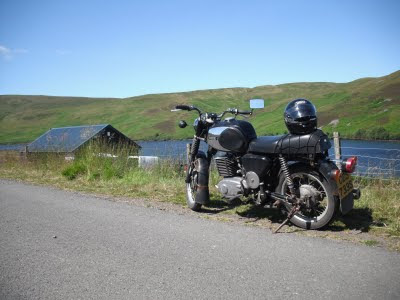 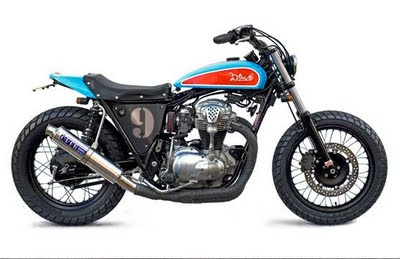 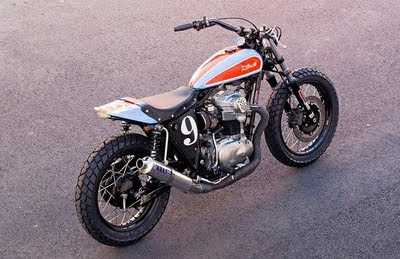 click title for more info on the company
Posted by kawa at 09:57 2 comments: 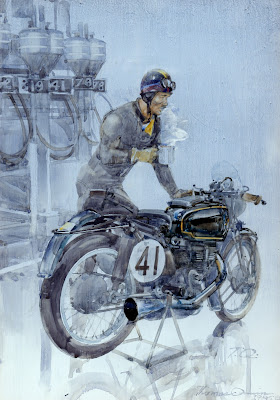 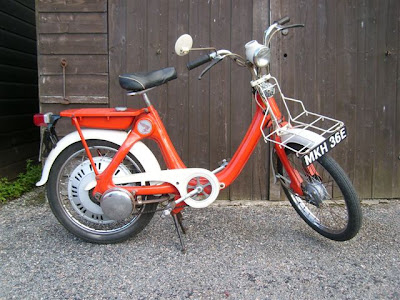 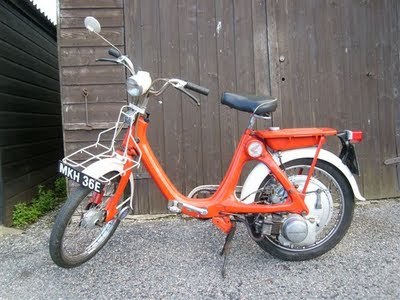 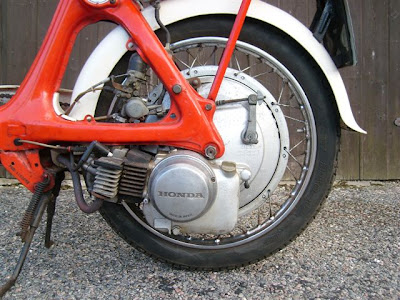 A 1967 Honda P50, I did a deal with Vic at the weekend to get this nice wee P50. I first heard of it , and the PC50 he has, about a year ago. I'd had a PC50 many moons ago so thought the P would be interesting. So heres looking forward to getting it on the road in the next month or so and head for the back, flat, roads

Heres the Monty Python vid sfb sent me on FB, the star is at the end....?

For those interested there is a link to a P50 shop manual in the title
Posted by kawa at 23:46 9 comments:

Email ThisBlogThis!Share to TwitterShare to FacebookShare to Pinterest
Labels: Honda, My Bikes 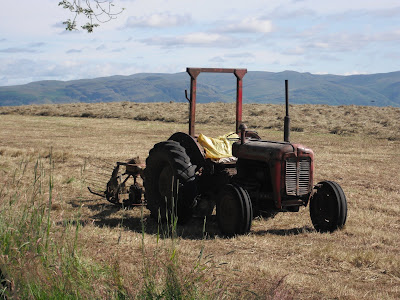 Spotted this while out and about today, a Massey Ferguson 35 with a haybob on the back. It could be nearly 50 yrs old but its still in use. The hills in the back ground are the Ochils, just to the east of Stirling.
Posted by kawa at 23:35 2 comments:

Email ThisBlogThis!Share to TwitterShare to FacebookShare to Pinterest
Labels: just a photo, MF35 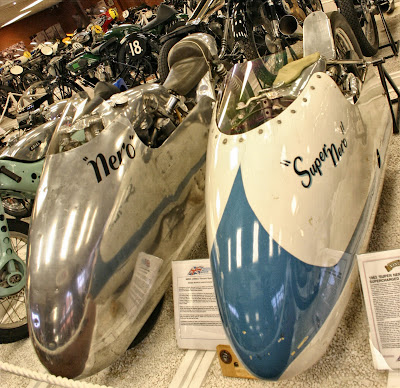 These two Vincent engined bikes, Nero and Super Nero, are now in the National Motorcycle Museum. They were used by George Brown to break many speed records over the years, in two and three wheelers classes. Click title for more info.
Posted by kawa at 23:15 4 comments: 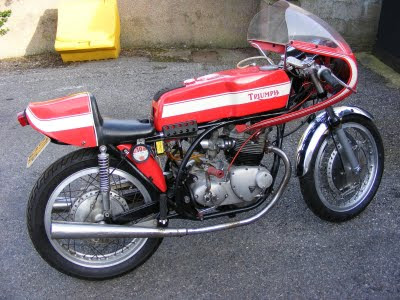 This is a follow up from the Friday Bike post showing Vics Triyam (?)
So here are a few words from Vic....


I take no credit for building the bike, I bought it in 1996, although I have rebuilt the engine and fitted hardened valve seats, new oil pump, boyer ignition and battery less ignition, resprayed it twice as I came off it one year on the Jimmy Guthrie memorial run first time out after the respray, rebuilt the back hub, and other small mods but wanted to leave it as it was built.

It was built by a guy called Steve Falusi from Sheldon Co Durham and he won best Street Racer at the Isle of Man in I think 1983.

Below is an extract from his letter to me after I tracked him down a few years ago:

{I started off with a TD2B rolling chassis from a 250cc Yamaha. The idea was to squeeze a 500cc Triumph engine into this very light frame. 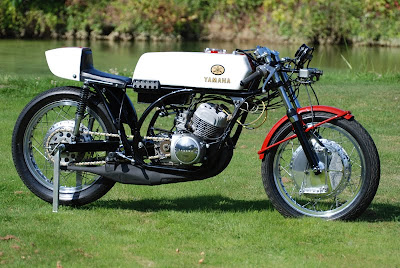 As it would have originally looked. 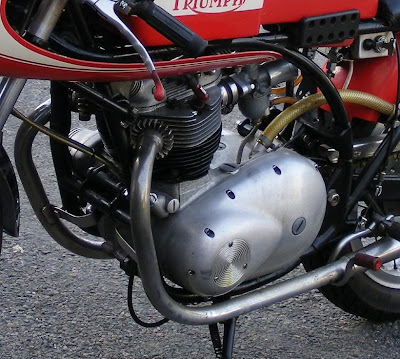 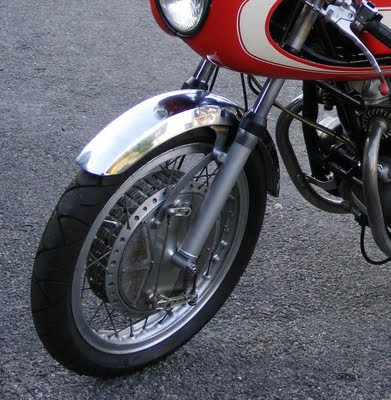 Some of the covers on the engine have been machined to take O ring type seals to overcome oil leaks. The oil filter is from a Triton.}

Last time out was up to Shetland Classic Show in 2008 and on up to Skaw the official end of the U.K. road system. On the way back the head cracked, but I have it welded up and back on now so hopefully I will get round to getting it back on the road soon. 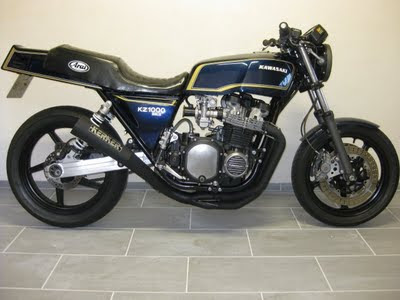 In May I put up a post about the Moto Melee, a three day on the road event. It was held on June 25-27. I asked Stacie B London of the ESMB (East Side Moto Babes), who along with some friends took part in the event, about using some of their pics. Heres some pics from the ESMB site, thanks for letting me use them. 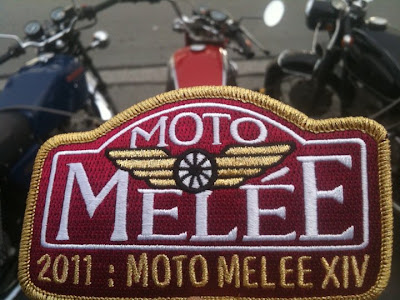 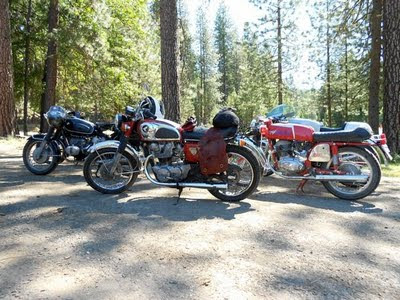 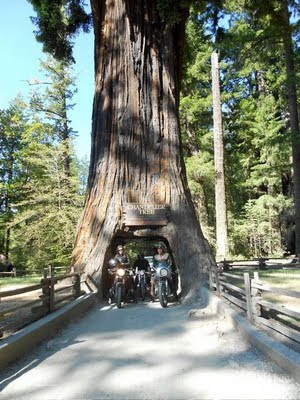 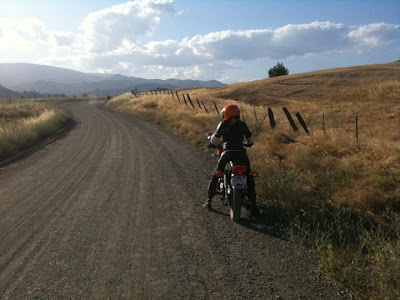 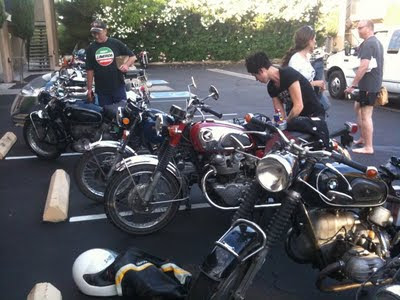 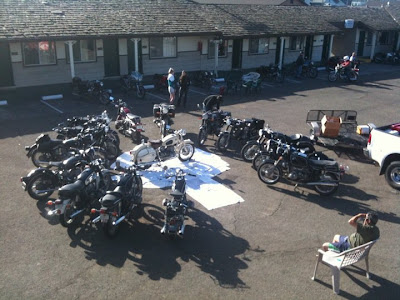 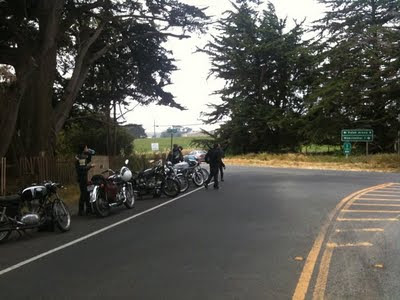 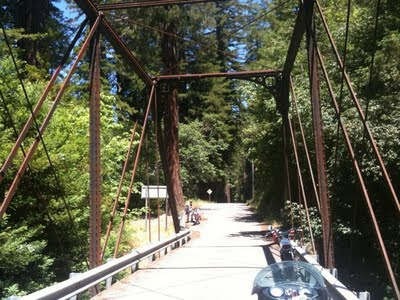 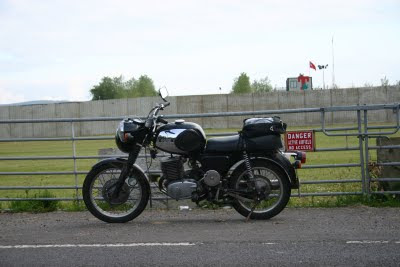 TS with the wall in the back ground, although not the "wall", it was part of the T in the park security fencing for next weekends music festival.


A week ago I took the MZ for its MOT, and being busy the last week I just got round to Taxing it today. So in the afrenoon I headed off on what was the bikes shake down run, just over a 100 mls and no problems. Its been a while since I had a ride out on an older two stroke, but I really enjoyed it, it was far smoother than I remember them being. So for the next few weeks the TS will be my run around till I get the GPZ1100 on the road
Posted by kawa at 22:55 2 comments: 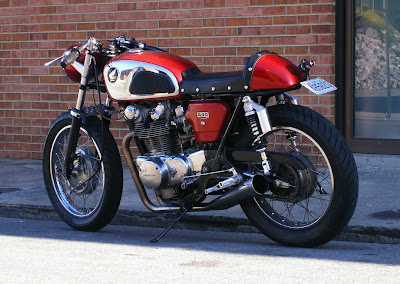 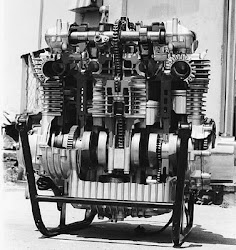 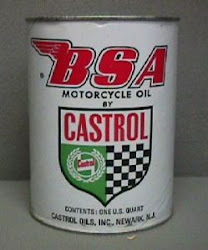